The festival will be featuring artists such as Miguel, DaBaby, Playboi Carti, Trippie Redd, Russ, Diplo and Smino. Additionally, the festival sought to expand this year’s female line up. A press release regarding the lineup stated:

“With a greater emphasis on showcasing the rising female talent in today’s music industry, the lineup will also feature a number of talented female powerhouses like Summer Walker, Jessie Reyez, Ari Lennox, and Melii, in addition to Houston’s own Megan Thee Stallion, among others.”

The tour will also feature UMI, DaniLeigh, Lali, and Alaina Castillo. Tickets for the festival are on sale now. Check out the complete lineup for the 2019 Mala Luna music festival. TICKETS ON SALE NOW AT http://MALALUNA.COM 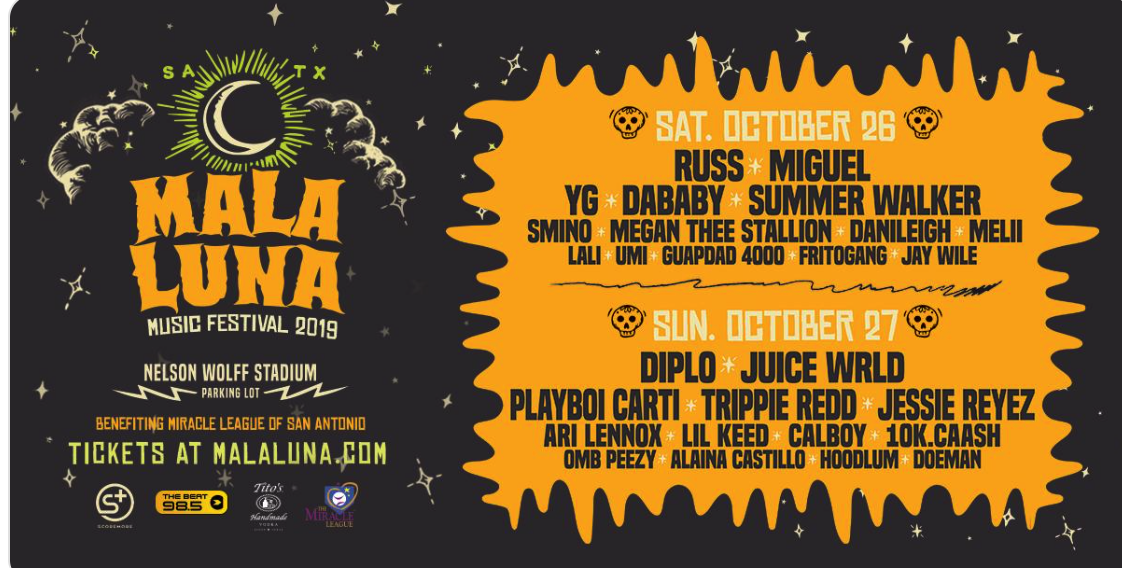