We’re only four months into 2016, and it has been a wonderful year for music already especially R&B music. Both rookie and seasoned artists are bringing their A-game leaving the R&B/soul community quite satisfied. Who said real R&B music was dead?

The Queen is back is to slay our lives! On April 23, 2016, the world stopped and watched as Beyonce Knowles-Carter released a 12-track visual album via HBO titled Lemonade. Lemonade is a visual and audio masterpiece that tells a beautiful, haunting story that often goes untold. Lemonade is well on its way to become the Thriller of our generation with projected sales of 500,000 albums, 900,000 tracks and up to 45 million streams all in its first week.

On March 25, 2016, Anthony Hamilton released 47 minutes of southern, soulful bliss. Hamilton reunited with co-songwriter Mark Batson for his fifth studio album. The duo have previously worked together to produce some of Hamilton’s most popular records including Point of All and Comin’ Where I’m From. Although the entire album is amazing, Amen is gospel tune with a trap undertone; a combination that only Anthony Hamilton can successfully pull of. Take You Home is a beautiful ballad. If you close your eyes, you’ll think it’s a lovely Sunday morning in your favorite church. What I’m Feelin’ peaked at number 2 on Billboard Top R&B/Hip Hop Albums.

Also on March 25, 2016, the turn up queen K. Michelle switched her reality star hat for a soulful songstress headpiece. Raw vocal dynamism is More Issues Than Vogue summed up in three words. If It Ain’t Love and All I Got are prime examples of “from the gut” singing that K. Michelle specializes in.  More Issues Than Vogue peaked at number two on the Billboard 200 and number one on the Billboard Top R&B/Hip Hop Albums.

On February 26, 2016, Tweet released Charlene after 10 years of silence and R&B lovers everywhere rejoiced. Even though 10 years have passed, Tweet has not missed a beat. Tweet did not conform to the R&B sounds of today, but stays true to her original, unique voice. Charlene unpacks love with hits like Magic and Addicted, but also has a graceful “unbothered” nature with tracks like Somebody Else Will and Won’t Hurt Me. Charlene peaked at number three on the Billboard Top R&B/Hip Hop Albums.

On February 6, 2016, KING blessed the world with their debut album We Are KING. Being that the trio writes and produces their own music on their own label, this is no small feat. Over the course of the 57 minute record, KING takes a smooth, romantic, introverted yet confident R&B approach that leaves their ability to tell a story through music unparalleled. Tracks like In The Meantime and Supernatural will have you floating on a illusory cloud of perfect fharmonies.

Bryan James Sledge, BJ The Chicago, released In My Mind on February 19, 2016. After grinding for 15 years doing a lot of behind the scenes work, BJ The Chicago Kid is stepping to the forefront to showcase his ability as an extremely diverse talent in this industry. BJ co-wrote on all 15 songs on his sophomore album. Tracks like Jeremiah/World Needs More Love and The New Cupid is evidence that he is vocally proficient. BJ has an artistry that is not to be overlooked, and In My Mind peaking at number 7 on the Billboard Top R&B/Hip Hop albums, is a testament to that. 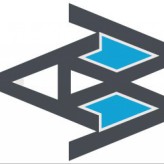 [Performance] The Weeknd Performs "Tell Your Friends" Remix With Nas