Titus Makin is a pop artist, songwriter, and actor from Sierra Vista, Arizona. After graduating from the New York Conservatory for Dramatic Arts he relocated to Los Angeles to pursue his acting and musical career on a professional level. 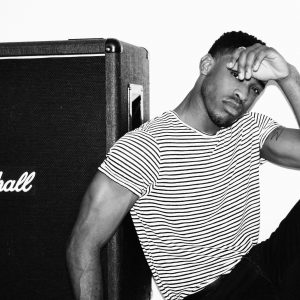 Titus has worked with multiple music and acting industry professionals due to his time on Fox’s hit show “Glee,” and tour engagements related to “Glee: Live.” Titus has also starred in CW’s Star-Crossed and hit shows such as Pretty Little Liars, Grey’s Anatomy among others. Titus is currently playing the character, Caleb Matthews, a musician, onn Hulu’s “The Path.”

Titus has always had an equal passion for acting and music which led him to self-release his own material. He cites Lenny Kravitz, Pharrell Williams, Cee Lo Green & Adam Levine as some of his musical inspirations. His sound could be described as mainstream pop, coupled with soul undertones. Titus has written with and been produced by some of Pop’s top producers: Jake Scott, Aaron Kellim and David Hodges (Evanescence, Christina Perri, Kelly Clarkson).

Directed by The Reininga Brothers, Titus Makin has recently released the visuals for his catchy pop single Ropes. Speaking of the creative process, he adds:

“Ropes is about the constant war we have with ourselves every single day! When we want to do good but evil is always present with us. The inward battle of trying to rid yourself of old harmful habits and cling to the healthy. Keeping your connection to God & not turning away trying to fulfill your own selfish desires”

With another single ‘Good Love’ coming out in a few weeks and a second EP ‘Lean’ in the making, there’s no doubt that Titus Makin is a rising artist to watch closely in 2017.

Watch his latest video for “Ropes” below!

Listen to his latest music below!

Founder & Content Curator of Lovethistrack.com. Our mission is to bring mainstream music content to the ears of the world & create a platform for talented artists to be heard. "Where words fail, music speaks"